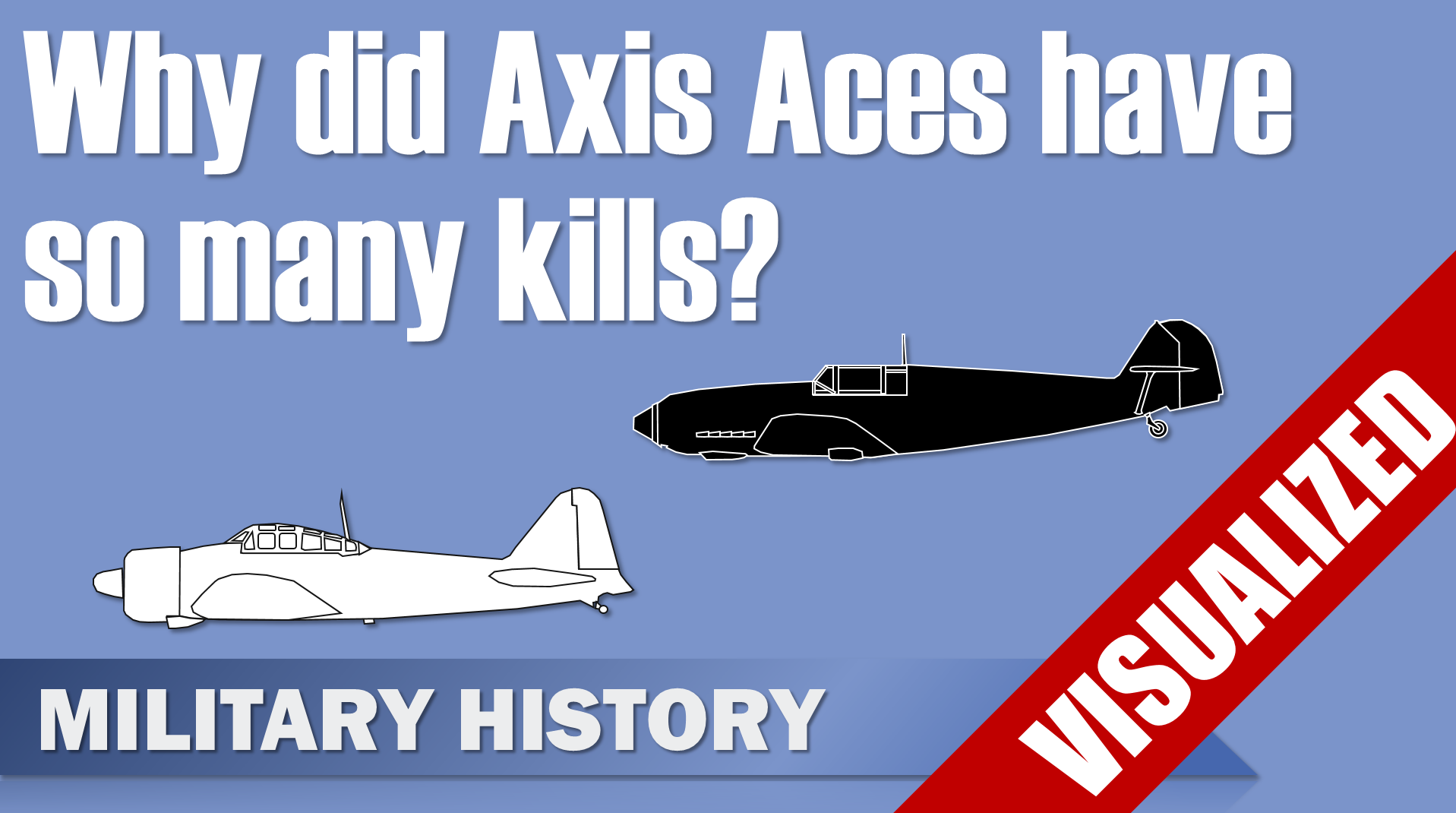 When it comes to World War 2 many people often cite the high kill numbers of German and Japanese Pilots. The problem is they usually try to use these numbers to make various points on how effective the Axis forces were, well, there are many problems with this. Luckily the third most successful German ace of World War Günther Rall, actually spoke out on this in a polite and indirect manner. He answered the question: why did German Aces have so many air kills compared to Allied pilots. I will use his answer and expand on it a bit.

The conditions stated by Günter Rall

Günther Rall outlined several conditions:
1) First off he notes that in order to shoot down enemy planes, you need a sufficient number of them in your mission area. Many Allied fighter pilots in the later stages of the war never saw a German plane and even if they did, they often heavily outnumbered their foes. In contrast this situation was very uncommon for the German side after late 1941, after all they faced the Soviet Union, British Empire and the United States. Each of them usually matched or outnumbered the Germans in total planes alone, together they had a considerable numerical advantage. Let’s just look at the initial numbers for operation Barbarossa. At the time of the German attack the Soviet Air Force consisted of about 10 000 to 15 000 aircraft, of which 7 500 were deployed in the Soviet’s Western theatre. Whereas the German Air Force had around 2800 aircraft deployed for Operation Barbarossa. (Jones, David R.: From Disaster to Recovery: Russia’s Air Forces in the Two World Wars: p. 272)

This strategic disparity in planes didn’t necessarily transfer down to the tactical situation. Because the Germans could to a certain degree decide when, where and how to engage the Allied aircraft, particularly when they were attacking Germany and the occupied territories. Thus, tactical victories were still quite common and those improved the kill counts of German pilots.

There were other factors as well, like the initial superiority of German training in combat pilots due to the pre-war build up and experiences from the Spanish civil war. Furthermore, nearly every major country used a different system for the counting of kills and losses in World War 2. Additionally, especially in air combat the kill claims for all sides could be up to twice as high as the losses of their enemies. In short, there are many problems with deriving valid and comparable kill to death ratios from these value across different countries.

In a strategic war the Average Pilot Counts

But let’s take at the bigger picture, one way to properly determine the effectiveness of combat pilots is by taking a look at the average pilot, because in a total war the achievements of exceptional individuals rarely have an effect above the tactical level. But the combined force of a large number of soldiers, pilots or sailors usually is the determining factor that has strategic effects.
This is the reason why proper training programs were so important, something both the Germans and Japanese didn’t put enough emphasis on during the war. Thus, armed forces should not be judged solely based on their current or initial quantity and quality, but also in their ability to maintain this quantity and quality during a war.

To conclude comparing the individual achievements of aces usually doesn’t provide meaningful information about major aspects of the air war. It usually only serves as an excuse for nationalistic tendencies and/or contempt, which in a way is probably the same thing. Most people note that national pride is important, and I agree with that, but I think real pride has no need for a comparison, it comes from within and not from an outside measuring stick. After all, it is important that we respect the achievements and service of all men and women that served, no matter if they flew 50 missions with no kills or were aces with more than 200 kills. Quite many pilots that once fought each other became friends after the war, I think they serve as great examples that mutual respect is a true virtue of a hero and that despite various differences an honest agreement on core values like respect is more important than the color of our flags.

The Interview with Günther Rall

Ask Historians (reddit) – Why did German fighter aces have so many more kills?