“Put an equally brave, but untrained soldier in the front line, and he will look like a woman.” -Cicero

This gives a very good impression how the Romans thought about training.

To become a fully enlisted soldier in the Army, every recruit had to pass basic training.
Basic training was performed daily for at least 4 months. (Davies: p. 14) It ensured that the recruit was fit for duty in the Roman Army, thus each recruit had to pass several proficiency tests. Recruits failing those tests would receive a different diet and notes in their records.

Whereas basic training was probably more intensive and fundamental, the regular training was similar. It covered individual and collective aspects as well as combat and non-combat training.

3 times a month infantry and cavalry together went on a route march (amubulation) with full equipment of about twenty miles. This march was not just going from one destination to another, it was basically a small military exercise that covered various maneuvers for the cavalry, crossing different terrain and after reaching the destination, a camp with ditches and ramparts was constructed.

Furthermore, large scale military exercise with other forces were conducted periodically and regular inspections served as quality control. We know from Emperor Hadrian that he visited and inspected large scale exercises. Giving reports on the performance of units, including praise and criticism. But Hadrian put a strong emphasis on training and discipline, thus he was probably an exception rather than the rule.

To ensure the proper training, facilities and specialist are needed. There were different training grounds for the infantry and cavalry. Usually training was done outside, but in case of very poor weather special training buildings were available to perform the activities indoors.

Additionally, there were special areas for training aspects like camp-building, fort-building, siege-works, artillery practice and bridge-building.

Furthermore, there were several specialist for drill instructions, weapons and cavalry training.

The constant exercises and marches helped in maintaining combat readiness, physical fitness and unit cohesion.
Or as Veranius put it: “Trained by sweating, puffing and panting, exposed to summer heat and bitter cold under an open sky, the soldiers become accustomed to the future hardships of real fighting.” (Davies:p. 137) (Q. Veranius)

Additionally, soldiers were often used to build roads and other important buildings. Bohec states that the soldiers could build markets and whole cities. The construction of towers, forts and defense lines was performed by the infantry whereas the cavalry guarded them.
The construction and engineering aspects was an aspect of Imperial Roman doctrine. The fast construction of bridges and other structures should remind barbarians of their inferiority, thus deterring them from attacking.

“Exercises that do not involve the perils of a real battle, are a sufficient relaxation to soldiers, however weary they may be.” (Davies:p. 137) (Q. Veranius)
Training in the Imperial Roman Army was a crucial and complex process that didn’t just focus on the ability of the soldiers to fight in battle, but to succeed in enduring campaigns and thus maintaining the capabilities of the Empire to wage and win wars. 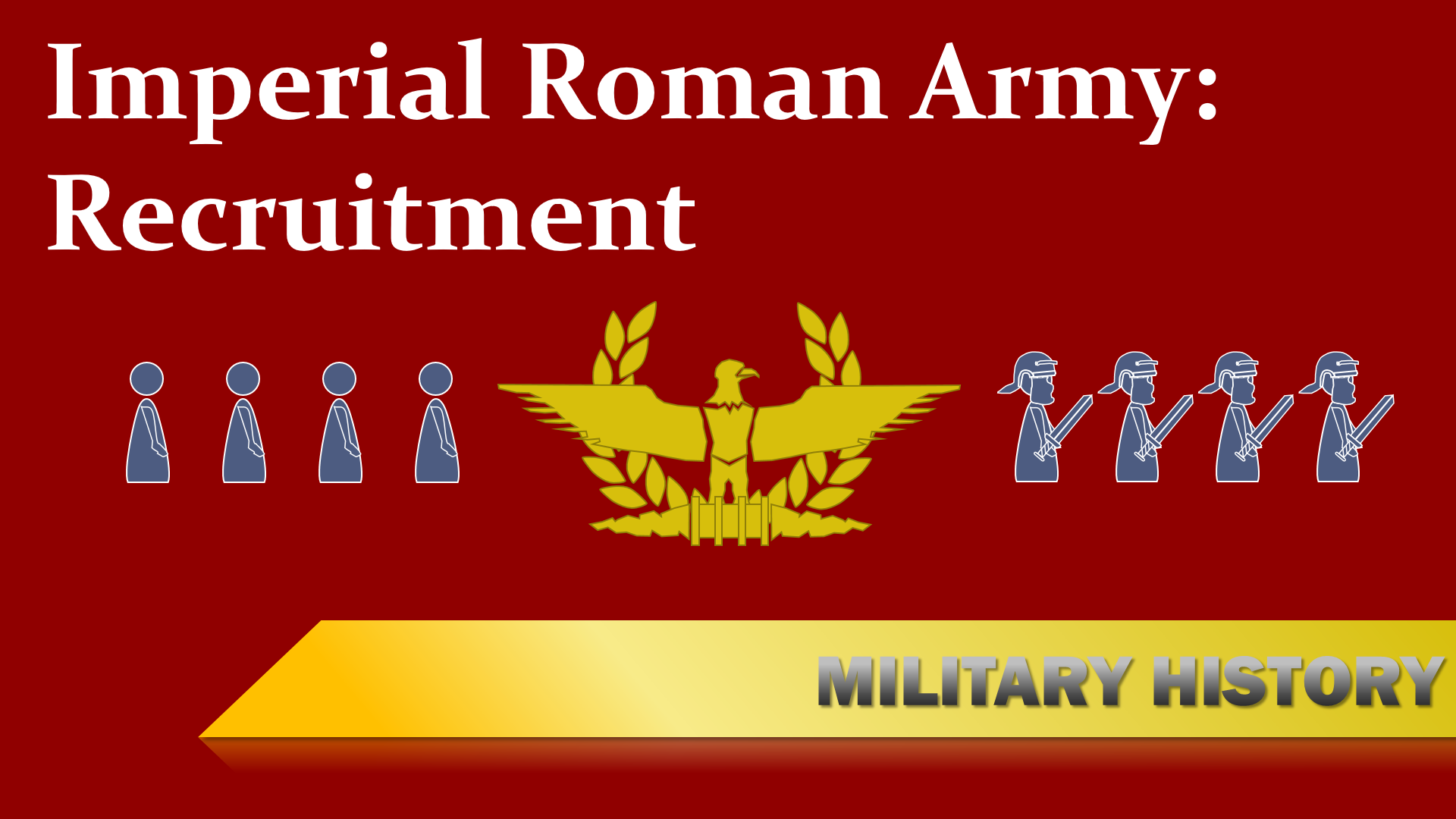 The Imperial Roman Army has been and is still admired by many people as an excellent fighting force. There are many reasons why the Roman Army was so effective, one was its recruitment process (probatio) which consisted in determining if a potential recruit fulfilled the necessary criteria to serve in the Imperial Roman Army.

There were physical, mental and legal requirements for joining the Imperial Roman Army. Note that the requirements were the highest for elite units like the Praetorians and Legionaries.

Let’s start with the physical requirements a soldier needed to be of a certain height. The values for a Legion soldier were at least 1.72m or 5ft 8 inches in height. For soldiers of the first cohort or cavalry even up to 1.78m or 5ft 10 inches. If you think these values are too high, you are probably right, modern scholars assume that these values are probably idealized.

Other important physical attributes were of course strength, good posture, stamina, agility and eyesight. There is one known example of a soldier being dismissed due to weak eyesight.

Finally, the maximum age for joining was around 35 years, whereas the minimum age was about 13 years. But these are extreme examples, most recruits joined between the ages of 18 and 23 years. Note that the service period lasted for 16 to 30 years depending on the branch of the Army.

Next are the mental requirements, these were probably of lesser importance, but legally it was allowed to discharge a soldier based on physical or mental defects.
Education was probably not a major requirement for the common soldiers, but since commands were given in Latin a recruit had to have a sufficient understanding of it.
Furthermore, since the Army needed specialist a good education probably could tip the balance. For instance specialist posts like the signifier, who were in charge of the accounts and funds, required well educated people with good legal records, which brings us to the next point the legal requirements.

Slaves, former slaves – the so called “freedmen” were not allowed to join the Army, only in dire situation were they conscripted. Only freeborn men were allowed in the Roman Army and to join the Legionary Units the recruit also needed the Roman Citizenship.
There were other legal requirements too, we can assume that most crimes would prevent joining the Roman Army. Trajan ruled that convicts of capital offenses, adultery or any other major crimes were not allowed to serve.

Note that modern scholars have different views on how thorough or superficial these legal examination were performed.
Finally, there are some examples that a recruits used letters of recommendations in order to provide references for their “good character”, this is also a debated topic, since only a few of those letters are known.

But even after passing these requirements the recruit wasn’t a full soldier yet, he was now considered “probatus”, which meant he was approved for training in which he needed to pass several proficiency tests. Note that in this period the punishment for failing in discipline or even criminal acts like selling military equipment was less severe and even pardoned.

After the recruit trained for at least 4 months and passing all proficiency tests, he was “signatus”, thus he became fully enlisted. The name of the recruit with his age and any distinguishing marks would be added to the unit’s record. Now he was considered a full soldier and the recruitment process was over.

Although not all information is undisputed it is clear that the Roman recruiting process was systematic and well organized in order to ensure a constant flow of high-quality recruits to keep the ranks filled. Nevertheless, these new troops also needed further training, which will be topic of another video.
Thank you for watching and see next time!