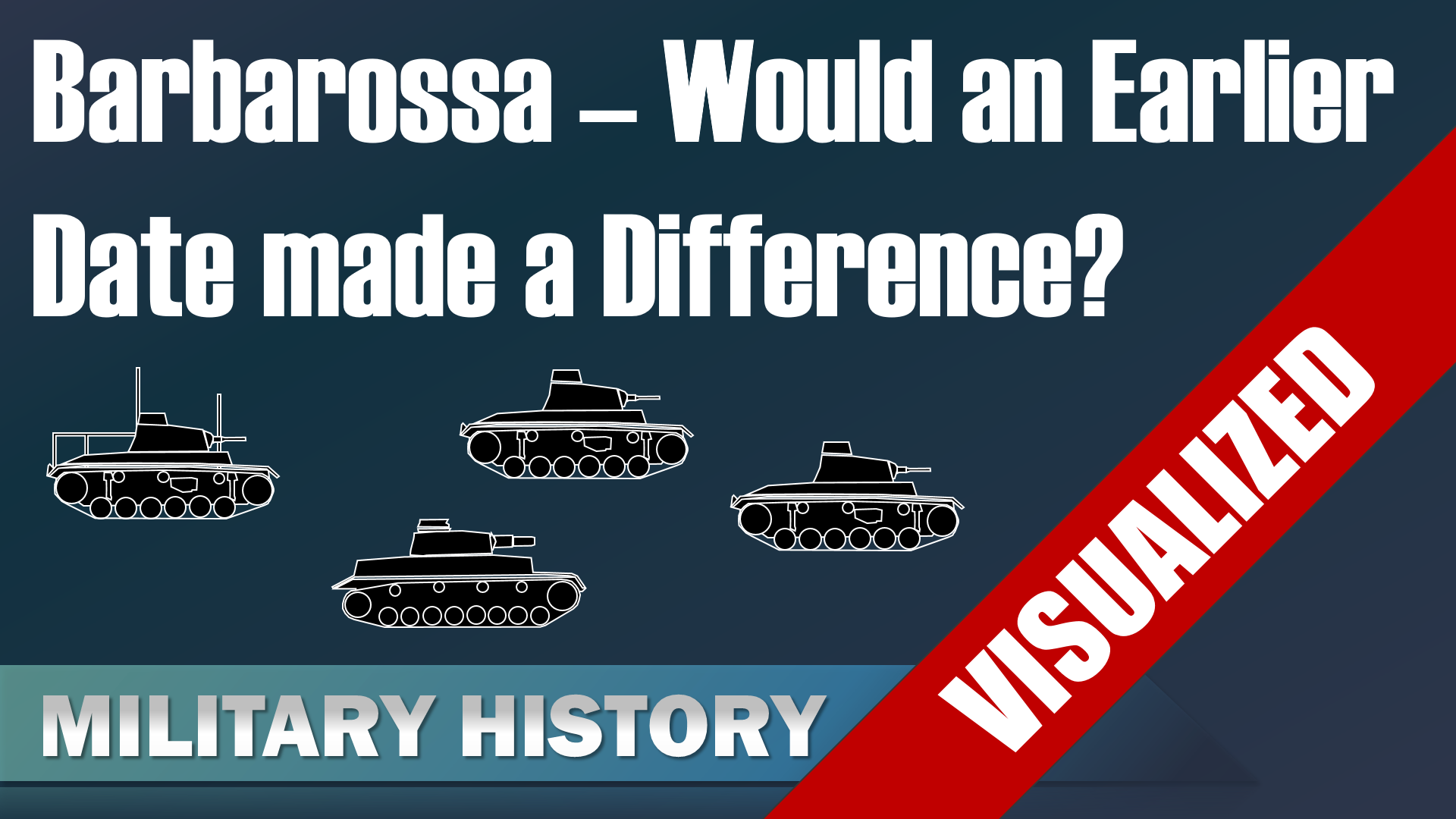 There are many comments and remarks that state that if the Operation Barbarossa would have started about a month earlier, it would have been successful or at least that Moscow could have been taken. This is a common belief and in the past I also thought it was true, but life is about learning. So let’s take a closer look.

The argument that an earlier attack date would have allowed a successful outcome rests mainly on one assumption, namely that the Russian Winter stopped the Wehrmacht. This assumption also indirectly implies that the German Army only suffered minor losses.

On June 22 the German Army attacked with about 3,1 Mio men.

At the same time the German army had about 400k trained reserves, 80k of those were directly attached to the fighting units as field replacement battalions. After just 4 weeks, these battalions were used up. German reserves soon dried up and by the End of November 1941, the German Army had a lack of 340k men. (End of November 1941: 340k Missing Men “Fehlstellen” (S. 19 Hillebrand, Heer (amazon.de affiliate link)))

At first this doesn’t seem too much, but the Army used many local volunteers in non-combat roles, to fill up the ranks. And even more importantly, the highest losses were sustained by combat units and at least 400k men were already replaced from reserves, hence the combat units took substantial losses, decreasing the combat effectiveness.

Let’s take at figures for tanks. In total there were about 3400 tanks, in beginning of September 1941 700 of those were total losses, 560 were either total losses or not-operational and 540 were being repaired. Leaving about 1600 operational tanks.

This clearly shows that the Barbarossa wasn’t a walk in the park for the German Army.

Another aspect are of course logistics. The German Army had to cover huge distances of up to 700 miles or 1200 km to deliver supplies. There was a lack of trains and the German Army was under-motorized. The vast distances, the speed of the advance and the poor infrastructure wore down the existing vehicles rapidly. Germany had about 500k motor vehicles on the Eastern front ranging from motorcycles to trucks. About 20 % (106k) were lost by the end of 1941. A number that couldn’t be properly replaced and the situation with horses wasn’t any better.
This resulted not only in major logistical problems, but also decreased the mobility of combat units.

The significant losses in men and equipment, the limited amount of supply and the continuous fighting left the German Army exhausted. There was no quick victory in sight and the front commanders were aware of this situation, unlike the High Command. This is reflected by the results of a meeting in mid of November, where the High Command wanted to conduct further offensive operations, whereas the front line commanders opposed them.

Hence, when General Winter finally arrived the German Army was already in a critical situation. If Barbarossa had started a month or even two months earlier the losses, the overstretched supply lines and the exhaustion would have been pretty much the same, thus a different starting date wouldn’t have made only a minor or no difference at all.
Hitler and the German High Command lead Operation Barbarossa to its grave (their army to a grave), which was dug out by the Soviet Army, General Winter merely helped filling it up.

Of course the winter was also a factor, but it is the only one these factors that should affect both sides about equally. It didn’t because due to the logistical situation the German Army was ill-prepared for winter combat.

Winter worked as a multiplier not a reason itself.

So the Winter was more like a few nails in the coffin for Barbarossa, but definitely not the coffin itself.