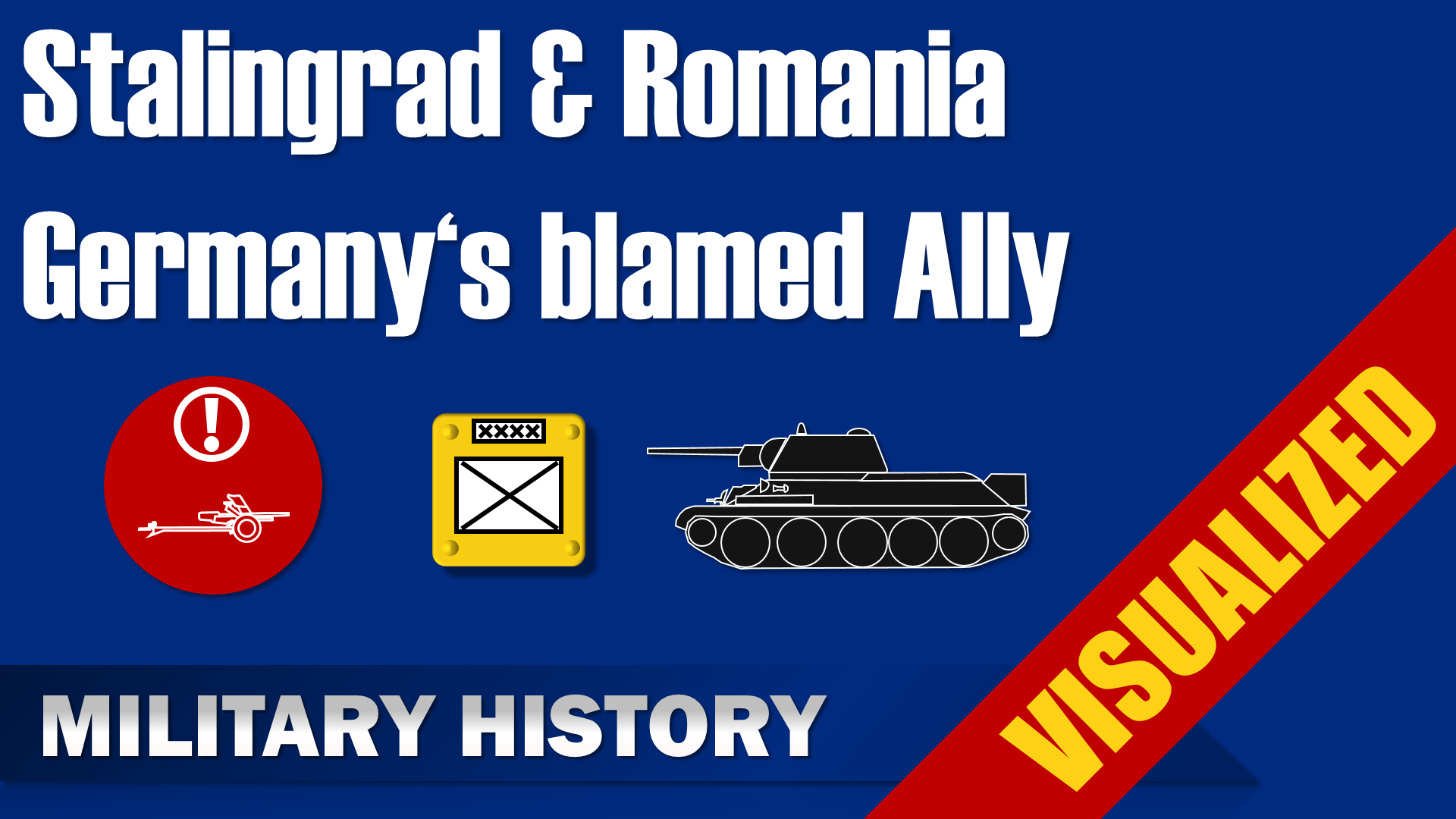 Note this is a script for the video, this is not intended as an article, but it contains also a few more information and references.

Yet, at a closer look at the situation surrounding the Stalingrad disaster clearly shows that the defeat of the Romanian troops wasn’t their fault. This might not be a popular topic, but it is something very important to address, because I think that soldiers of all nations did their best and deserve our respect even if they held views that are not in alignment with our own.

So let’s start at the beginning, during Operation Barbarossa in 1941 Hitler was quite reluctant about Expeditionary Forces, especially the Italians ones, but after suffering heavy losses throughout the offensive and during the defensive in the Winter of 1941 the German forces were severely depleted.

Hence, for the summer offensive in 1942 Germany needed troops from its Allies, notably Romania, Italy and Hungary. The initial plan was based on the assumption to use 750 000 non-German troops.
But there were major problems with these troops:

These were well known problems that the German High Command was aware off. Another major shortcoming on the German side was that those troops should have been equipped with German equipment this was in some cases promised. But the Non-German troops only received very few if any of that equipment, thus their ability to fight against the Soviet Army was severely limited especially against Russian tanks like the T-34.

This situation was problematic enough, but it got worse throughout the Operation “Fall Blau” or Case Blue. The initial plan was to destroy large parts of the Red Army between Donez and Don. Afterwards the German Pincers should meet at Stalingrad. Note that this plan didn’t include the capture of Stalingrad itself. Furthermore, only after the success of the previous operation the Caucasus should be attacked.

The non-German Armies were considered less effective in terms of combat effectiveness, thus they were assigned for defensive operations most notably holding the 600 km long front between Voronezh and Stalingrad. Only a few German divisions were available to provide support in case of a Russian attack.

The initial plan was already very optimistic, but Hitler changed it during the operation, especially the fact that in July he ordered to split the Army Group South and lead the troops against Stalingrad and the Caucasus simultaneously in July. (23rd of July 1942; S. 134) Furthermore, he ordered that the city should be captured. This meant urban warfare and urban warfare is mostly a war of attrition, something the German army wasn’t suited for, because it lacked already manpower, quite in contrast to the Soviet Union, which was very well suited for a war of attrition.
The whole situation was obviously dangerous, the Chief of the General Staff of the Army noted in September (24th) that only after the capture of Stalingrad a sufficient number of German troops would be available to stabilize the Romanian parts of the front. Now, while the German Sixth Army was fighting in Stalingrad the Romanian armies secured its Northern and Southern flank. (S. 128)

Meanwhile the German military intelligence, which was probably the weakest link in the whole German military establishment, didn’t notice the massive buildup of Soviet forces on the Northern and Southern Flank. Only in November 1942 the Germans suspected an attack on the Northern Flank, but were still unaware about the upcoming attack on the Southern flank. Finally, when the Soviets attacked the focused on the center of the Romanian armies, where no German units were present. (S. 136)

Due to the lack of tanks and anti-tank guns most Romanian troops were routed, yet the remains of the 3rd Romanian Army now under command of General Lascar were surrounded early on and fought well for 4 days. Even Hitler himself noted the bravery of these troops. (S. 138)

The main problem is they never should have been there (and they should have been better equipped in the first place). Thus, blaming the Romanians nowadays is just short sighted or outright stupid.
Of course most of the German soldiers on the Eastern Front didn’t know better and they lost their comrades in Stalingrad, thus they were quite understandably bitter about the fast Romanian defeat. And clearly after the war, they brought this memory back with them. But for all of us, who never fought on the Eastern Front, I think it is time that we acknowledge that the fault was with Hitler and the German Army High Command and not with the Romanians, who also bleed and died in Russia like everyone else.